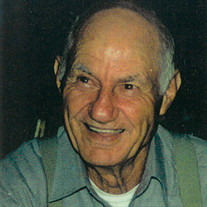 Alvin Loyal Wilson, age 92 of the Kittrell community passed away Wednesday, September 16, 2020 surrounded with the love of his children. Alvin’s twinkling blue eyes, smile, laughter and friendly wave of his hand gained him many friends and gave joy to all he met. If you needed help with anything Alvin would gladly help with whatever you needed. Alvin was married to Mattie Jernigan Wilson who passed away in 1994. He is survived by his 4 children, Terry Ace (Joy) Wilson, Judy Wilson Lynch, Pamela Wilson (Randy) Todd, Mary Wilson (John) Corum; four grandchildren, Larry Loyal and Chris Lynch, Ann Jackson and Dakota Corum; seven great-grandchildren, Matthew, Kyle and Rachel Lynch, Mary Elise and Ty Lynch, and Bradley and Bethany Jackson; and 2 great-great grandchildren, Bailee and Sara Lynch. He is also survived by a sister-in-law, Cheryl F. Wilson. Numerous nieces, nephews, and cousins who always loved visiting Uncle Alvin’s farm. He was preceded in death by his parents, Claytie Lee Wilson and William McKinley Wilson; sister, Mary Burton; and three brothers, Robert Wilson, Buford Wilson, and Ronald Wilson. Alvin was the last surviving member of the William McKinley “Mac” Wilson family. Alvin and his father owned and operated Wilson and Son Equipment Co. where they sold and repaired Massey Ferguson equipment. Alvin was an expert at repairing Massey Fergusons and spent many late hours helping neighbors with their equipment problems. Later he retired from Transcon Freight Lines and became a full-time farmer. He worked from sun up to sun down pulling weeds, hauling rocks, and tending to his beef cattle. His motto was “If a cow won’t eat it, it needs to go.” He had one of the “best looking” farms in the Kittrell community. Alvin graduated from Kittrell High School and was a WWII Marine Veteran. He was a member of Science Hill Church of Christ. Those we have loved and lost are still within our thoughts, words and hearts. They are never far from us. We carry them with us wherever we go. What they did and who they were becomes a part of us forever. Visitation with the family will be 4:00-8:00 PM, Friday, September 18, 2020 at Jennings and Ayers Funeral Home. Chapel service will be 10:00 AM, Saturday, September 19, 2020 at Jennings and Ayers with Tim Watts and Danny Dozier officiating. Burial will follow in Roselawn Memorial Gardens with family and friends serving as pallbearers. Arrangements are under the direction of Jennings and Ayers Funeral Home and Cremation Services, 820 South Church St., Murfreesboro, TN 37130. 615-893-2422. Please leave online condolences at www.jenningsandayers.com.

Alvin Loyal Wilson, age 92 of the Kittrell community passed away Wednesday, September 16, 2020 surrounded with the love of his children. Alvin&#8217;s twinkling blue eyes, smile, laughter and friendly wave of his hand gained him many friends... View Obituary & Service Information

The family of Alvin Loyal Wilson created this Life Tributes page to make it easy to share your memories.

Alvin Loyal Wilson, age 92 of the Kittrell community passed away...

Send flowers to the Wilson family.