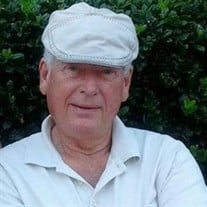 December 20, 2019 Anthony “Tony” Ray Savage Murfreesboro Tony Savage, 76, retired, passed away Friday, December 20, 2019, from heart and kidney failure at his home. He was surrounded with love from his family and some friends. Tony was born September 19, 1943 in Greenbriar, TN to Herbert Ray and Elaine (Ann) Savage. He graduated from Litton High School in 1961 and moved to Murfreesboro to attend MTSU where he graduated in 1966. Tony met and married Suzanne (d. 1996) before joining the US Navy later that year. He was stationed in Washington D.C. (4 years of service). After leaving the Navy, Tony became a home developer. He built houses throughout the 1970s & 80s and served as President of the Rutherford Co. Home Builders Association in 1981. He then went on to become the Facilities and Transportation Manager for Head Start from 1992-2010, from which he retired. Tony was a member of First United Methodist Church. He was a wonderful husband, father and grandfather with an amazing love for life. He enjoyed riding motorcycles, going camping & boating, and building & flying model airplanes. He is preceded in death by his parents: Herbert Ray and Elaine (Ann) Savage of Greenbriar, TN, sister: Joyce Crump of Amarillo, TX, first wife: Suzanne Savage of Murfreesboro, TN, and grandson: Noah Burgett of Smyrna, TN. He is survived by his wife: Betty Savage of Murfreesboro, TN, sons: Todd (Melinda) Savage of Rockvale, TN, Brent Savage of Smyrna, TN, daughter: Miranda King of Macon, GA, grandsons: Brayton and Dalton Savage of Rockvale, TN, and Braylon Young of Macon, GA. Tony was a fighter all the way to the end. In lieu of flowers, the family is requesting that donations be made to either the American Heart Association P.O. Box 840692 Dallas, TX 75284-0692 or the National Kidney Foundation ATTN: Finance Department 30 East 33rd st. New York, NY 10016. Visitation will be on Thursday, December 26, 2019 from 4:00P.M. until 6:00P.M. at Jennings and Ayers Funeral Home. A chapel service will be held following visitation with Rev. Krislyn Durham and Rev. Drew Shelley officiating. A private burial will be held at a later date. Arrangements are being handled by Jennings and Ayers Funeral Home and Cremation Services; 820 South Church St. Murfreesboro, TN 37130 (615)893-2422. Please leave condolences at www.jenningsandayers.com.

December 20, 2019 Anthony &#8220;Tony&#8221; Ray Savage Murfreesboro Tony Savage, 76, retired, passed away Friday, December 20, 2019, from heart and kidney failure at his home. He was surrounded with love from his family and some friends. Tony... View Obituary & Service Information

The family of Anthony "Tony" Ray Savage created this Life Tributes page to make it easy to share your memories.

Send flowers to the Savage family.