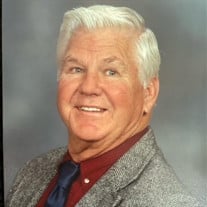 Born September 26, 1943, in Winfield, Marion County, AL, to Buck Ray and Christine Pate Mann. Brady was called home to our Lord on February 8, 2022, in Murfreesboro, TN. He lost his biological father, Buck Ray Mann, when he was ten months old. Loved by his stepfather, Edgar Barnes Winter, gained at age 4. A childhood ear injury caused a lifelong hearing difficulty, which forced Brady to learn to read lips. Brady loved sports, especially University of Alabama football. He visited and had his picture made with the famed 'Bear' Bryant as a young man. He often greeted folks with a "Roll Tide!". Brady' had a green thumb' in gardening and growing flowers; there was absolutely nothing that he could not grow. He loved music and loved to hear songs well sung. Brady showed his artistic abilities when he created art and jewelry out of metal. Brady began work at a young age - a hard & creative worker. There was hardly ever a dull moment when Brady was involved in an event or project. He was a beloved father to his children and grandchildren. Brady was a beloved husband to Joan Clark Mann, with whom he spent most of his time. Brady claimed Joan was the love of his life, and he would spend the rest of his life being a loving, caring, and helpful companion to her, which he lived up to. Brady worked for Avco Aerospace Structures and Bridgestone Tire Mfg. for many years. He worked in many capacities during manufacturing strikes, bailed and loaded hay for neighbors, grew sugar cane, raised cattle and tended to horses, and made sorghum molasses. After retiring from Bridgestone, he worked for Sloans Cycles for several years. Brady was an active member of the Church of Christ all his life. He was a devout believer and a wonderful singer of hymns that glorified our Lord and savior. His parents and stepfather preceded him in death. His three beloved daughters survive him: Elana (John) Leonard, Mayma Kirby, Hilary Clark (Chris) Camphouse, Joan, his wife of over 32 years and the mother of his three daughters, three grandsons: Mitchell Kirby, John Thomas Leonard, Patrick Leonard, a granddaughter: Kathryn Kirby, his sister Patricia Mann McKinley of North Carolina, his brother, Edgar Jerome Winter of Oregon. Brady is also survived by several nieces, a nephew, and many beloved Pate & Mann cousins. A celebration of life for friends and family will be 12:00-1:00 pm, March 19, 2022 at North Boulevard Church of Christ, 1112 N. Rutherford Boulevard, Murfreesboro, Tennessee. Those who can not physically attend the service plans are being made to have a live virtual link available. No floral tributes, please. Instead, if you wish, you may donate in the name of Brady E. Mann to: The Tennessee Veterans Home in Murfreesboro, TN (tsvh.org) 345 Compton Rd., Murfreesboro, TN 37130 615-895-5091 Or to the Tennessee Fisher House Foundation, Inc. Murfreesboro VA Fisher House. https://www.tennesseefisherhouse.org/ 3400 Lebanon Pike Murfreesboro, TN 37129 615-225-5758 Brady served in the U.S Army National Guard during the 1960s, so those causes mentioned above are dear to our hearts.

The family of Brady Eugene Mann created this Life Tributes page to make it easy to share your memories.

Send flowers to the Mann family.