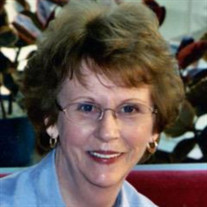 Cheryl Ann Bartholomew MacBeth, 77, beloved mother and grandmother, was born on August 11, 1944 in New Haven, Connecticut and died on November 7, 2021 at St. Thomas Rutherford Hospital. She was pre-deceased by her parents Russell and Mary Igo Bartholomew, and brothers Russell and Richard Bartholomew. She is survived by her daughter Susan MacBeth Lyons of Murfreesboro, son David W. MacBeth Jr. of West Palm Beach, Florida, and grandchildren Matthew MacBeth Lyons (Katherine), Sean MacBeth Lyons, and Lily Grace Lyons. Goggy, as her grandchildren, their friends, and half-of Murfreesboro knew her, grew up in East Hartford, Connecticut until high school when her family moved to Miami, Florida. There she attended Miami Central High School and then became a hair stylist specializing in the beehive. She married David W. MacBeth, Sr., in 1963, and they raised their family in Palm Beach County, Florida. She moved to Murfreesboro, Tennessee in 1998 to be with her daughter and grandchildren. Mom was affectionately known for whimsical antics such as trying to order ice cream by talking into the garbage can at Dairy Queen and going through the car wash with her window down. She liked to laugh (mostly at herself) and had a dry sense of humor that entertained us all. If there was one thing she was known for, it was being a proud “Fanilow” (Barry Manilow fan). She traveled all over the country to see Barry perform, often dragging her kids, grandkids, and friends along with her, and she left this life peacefully surrounded by family members with Manilow’s music playing in the background. She spent the past 21 years working at Huddleston-Steele Engineering in Murfreesboro and attended the First United Methodist Church. She loved all who worked at Huddleston-Steele and was sad when she had to retire due to her health. Her family will be forever grateful for the love and support of her co-workers. The joy of her life was her three grandchildren with whom she made many special memories and shared hours of laughter. They will never forget their Goggy, or the love she had for them. A Celebration of Life will be held in West Palm Beach, Florida in January. Jennings and Ayers Funeral Home and Cremation Services, 820 S. Church Street, Murfreesboro, TN 37130. 615-893-2422 Please leave online condolences at www.jenningsandayers.com.

Cheryl Ann Bartholomew MacBeth, 77, beloved mother and grandmother, was born on August 11, 1944 in New Haven, Connecticut and died on November 7, 2021 at St. Thomas Rutherford Hospital. She was pre-deceased by her parents Russell and Mary Igo... View Obituary & Service Information

The family of Cheryl Ann MacBeth created this Life Tributes page to make it easy to share your memories.

Send flowers to the MacBeth family.