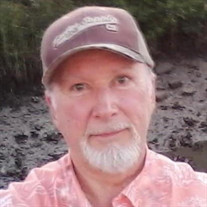 Don Allen Webb, age 82, formerly of Milton, TN died Wednesday morning January 13, 2021 at St. Thomas West in Nashville. He was born June 23, 1938 and was a life long resident of Rutherford County. He was the son of the late Alton B. and Pauline Arnold Webb of Lascassas. Mr. Webb was preceded in death by his parents and also his loving wife of 35 years, Patricia “Patsy” Hopkins Webb; his sister Juanita Cooper; brother Wayne “Gus” Webb; sister Patricia “Trish”Abdouch; and sister Peggie Bugg. He is survived by his devoted second wife of 17 years, Lou Ann Ayer Webb of Smyrna, as well as his sister Melanie Davis of Manchester and Judy (Johnny) Howse of Murfreesboro; daughter Michelle (Tom) White of Rockvale and son Jeff (Renee) Webb of Lascassas; grandchildren Kyle (Lindsey) White of Gainesville, FL; Hunter White of Huntsville, AL; Shelby White of Rockvale; Kelsey Webb (Scott) Ashburn of McMinnville and Kayla Webb of Murfreesboro; great grandchildren Lucas Ashburn, Mason Ashburn, Everleigh Ashburn and Carson White; and many nieces and nephews. First and foremost, Mr. Webb was a respected Christian man and faithful servant of God. He was a long time member and deacon at Lascassas Baptist Church and taught many years of men’s Sunday School classes there, as well as LifePoint Church in Smyrna. He is also a veteran of the Army Reserves. He graduated from Middle Tennessee State University with a Master’s Degree in mathematics and chemistry. He was a teacher of 35 years in the Rutherford County School System. During his career in education, he taught Chemistry and Mathematics at Lascassas High School, while also briefly serving as basketball coach. He taught in the Math Dept. at Central High School and then at Riverdale High School from its opening until his retirement. While at Riverdale, he also served as a Christian mentor to countless students over the years and was sponsor/head of the school’s Bible Club. In earlier years, Mr. Webb was an avid car and motorcycle enthusiast. If he wasn’t at church or school, he could always be found at home spending time with his family or tinkering with a car or motorcycle engine. Over the last few years, he has enjoyed traveling with his wife Lou Ann and their little dog, Baby Doll. They traveled from Florida to Maine to New Mexico and all the states in between. On January 13, he finally reached his final and most anticipated destination... HEAVEN! John 3:16 Graveside services with the family will be on Sunday, January 17 at 2:00 PM, Sunday at Milton Cemetery. Pastor Benny Woods will officiate. Grandsons and nephews will serve as pallbearers. We respectfully request that face coverings be worn while in attendance...and if you are feeling unwell, have cold/flu like symptoms or running a fever, we will gratefully accept condolences at a later time. Thank you. Jennings and Ayers Funeral Home and Cremation, 820 S. Church Street, Murfreesboro, TN 37130. 615-893-2422 Please leave online condolences at www.jenningsandayers.com

Don Allen Webb, age 82, formerly of Milton, TN died Wednesday morning January 13, 2021 at St. Thomas West in Nashville. He was born June 23, 1938 and was a life long resident of Rutherford County. He was the son of the late Alton B. and Pauline... View Obituary & Service Information

The family of Don Allen Webb created this Life Tributes page to make it easy to share your memories.

Send flowers to the Webb family.