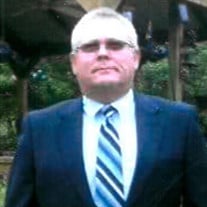 Douglas Edward Short, age 61, passed away at his residence July 24, 2020. He was born in Fort Knox, KY and a resident of Rutherford County. Douglas served in the United States Navy from 1979-1985. Douglas was preceded in death by his father,... View Obituary & Service Information

The family of Douglas Edward Short created this Life Tributes page to make it easy to share your memories.

Douglas Edward Short, age 61, passed away at his residence July...

Send flowers to the Short family.