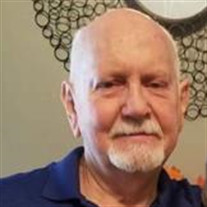 Fred Allen Fennell, 78, passed away peacefully at home on Saturday, March 21, 2020. He was born on May 8, 1941 in Ford City, Pennsylvania, to Wylie and Erma (McCoy) Fennell. He graduated from Ford City High School in 1959. He met his million-dollar baby, Rosemarie Piersanti in a five and ten cent store where she worked at the candy counter and he was a stock boy. They celebrated 60 wonderful years of marriage on January 25th of this year. Fred was known as Mr. Fennell to the hundreds of employees who he was an assistant manager or manager for at G.C. Murphy, Murphy’s Mart, Ames, Home Quarters, and Michael’s all across Pennsylvania, West Virginia, Michigan, and Virginia. To almost everyone else he was lovingly known as PawPaw. Everyone who knew Fred knew that he had a great sense of humor. He quietly loved putting a smile on someone else’s face. Fred is survived by his wife, Rose, their four children; Sharon (Neil) Parker, Joey (Vicki) Fennell, Tommy (Shannon) Fennell, and Dawn (Scott) Tunstall. He had nine grandchildren; Christopher, Ashleigh, Matthew (Katie), Charlotte, MacKenzie, Zachary, Lauren, Leslie, and Joseph. He had three great grandchildren; Parker, Porter, Chase, and Gracie Mae due in June. He is also survived by his sister June and brothers Wayne and Roy. He is preceded in death by his parents, sister Donna, and brother Elder. In lieu of flowers memorial donations may be sent to Alive Hospice, Inc at 1718 Patterson Street, Nashville, TN 37203. PawPaw loved every dog he ever met and they loved him, too. Donations may also be sent to Operation Education Animal Rescue at P.O. Box 12067, Murfreesboro, TN 37129. The family of Fred Fennell wishes to thank all the nurses at St. Thomas Hospital and everyone from Alive Hospice who took exceptional care of him over the last few weeks. A celebration of life will be held at Wendy’s (yes Wendy’s) in his honor at a later time. Arrangements are being handled by Jennings and Ayers Funeral Home; 820 South Church St. Murfreesboro, TN 37130 (615)893-2422. Please leave condolences at www.jenningsandayers.com.

Fred Allen Fennell, 78, passed away peacefully at home on Saturday, March 21, 2020. He was born on May 8, 1941 in Ford City, Pennsylvania, to Wylie and Erma (McCoy) Fennell. He graduated from Ford City High School in 1959. He met his million-dollar... View Obituary & Service Information

The family of Fred Fennell created this Life Tributes page to make it easy to share your memories.

Fred Allen Fennell, 78, passed away peacefully at home on Saturday,...

Send flowers to the Fennell family.