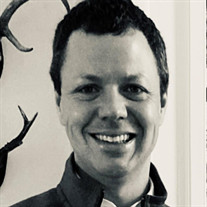 John Ingram Cope died on June 7, 2021. He was 43 years of age. Mr. Cope was a veteran of the United States Navy during which time he was awarded the Navy-Marine Corps Achievement Medal, the Navy Good Conduct Medal, the National Defense Service Medal, and the Global War On Terrorism Service Medal. His last duty assignment was aboard the USS George Washington (CVN 73) stationed in Yokosuka, Japan. He graduated from the Webb School, Bell Buckle, in 1996 and received both his undergraduate degree and masters degree from the University of Tennessee, Knoxville, and had been licensed as a LMSW. At the time of his death Mr. Cope was a case manager with Steps House in Knoxville where he worked with veterans suffering from addiction and assisted in writing a multi-million dollar capital grant proposal for the U.S. Department of Veteran’s Affairs. This grant will help ensure that 40 homeless veterans with mental health and addiction challenges will be housed and receive the services they need to help them learn how to live independently again. Mr. Cope was preceded in death by his grandparents, Quill Evan Cope, Mary Kate Cope, Willis Edward Delbridge, Jr. and Clara McDonald Delbridge. He is survived by his parents, Jim and Debbie Cope and his brother and sister-in-law, Evan and Beth Cope and their children. A graveside service will be conducted at 11:00 AM on June 14, 2021, at Evergreen Cemetery in Murfreesboro, with Pastor Allen Jackson officiating. His pallbearers will be his uncles, Neely B. Coble, III and H. Lee Woosley, III, and his cousins, Neely B. Coble, IV, Edward Delbridge Coble, and Harry L. Woosley, IV. In lieu of flowers, memorials may be made to Steps House, a 501 (c)(3) corporation, www.steps-house.com/donate, or 808 Sevier Avenue, Knoxville, TN 37920. Jennings and Ayers Funeral Home and Cremation Services, 820 S. Church Street, Murfreesboro, TN 37130. 615-893-2422 Please leave online condolences at www.jenningsandayers.com.

John Ingram Cope died on June 7, 2021. He was 43 years of age. Mr. Cope was a veteran of the United States Navy during which time he was awarded the Navy-Marine Corps Achievement Medal, the Navy Good Conduct Medal, the National Defense Service... View Obituary & Service Information

The family of Ingram Cope created this Life Tributes page to make it easy to share your memories.

Send flowers to the Cope family.