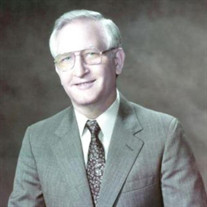 Early on the morning of Friday, June 17th, 2022, with his family by his side, after more than 93 years of life in this world, Joseph C. Bailey, M.D., of Murfreesboro, TN, in total peace passed on to the next one. He was many things to many people, among them son, brother, father, extended father, uncle and grandfather, his last role being his greatest joy in the waning years of his life, known to many as "PePa" ("PeePaw"), and "GrandDaddy" to others. His Kentucky kinfolks always called him "JC". But most friends, family and colleagues just called him "Jack", "Joe" or "Doc". Dr. Bailey was born on September 11th, 1928, in the rural south central Kentucky township of Flippin to Carson H. and Lucy Downing Bailey, but lived most of his life in Rutherford County. He received his undergraduate degree from Western Kentucky University in 1949. And after receiving his medical degree from Vanderbilt University School of Medicine in 1952, Dr. Bailey served as a surgeon in the United States Air Force Medical Corp, and was deployed to Kunsan Air Base, South Korea, in 1954, obtaining the rank of Captain. Later he moved to Murfreesboro and practiced Ophthalmology for 45 years, retiring in early 2008 at the age of 79. On February 22, 1958, Dr. Bailey married Janice LaRue Walker of Bailey, North Carolina. After their relocation to Murfreesboro, they settled down on Southeast Broad Street and raised two children, Mark and Lori. In early April 2022, Dr. Bailey was moved from his home of 58 years to the Memory Care Unit at NHC Adams Place in Murfreesboro. There he met many new "neighbors" (residents) that took him in under their wings, and cared for him as one of their own in the short time he had remaining on this Earth. For this, we shall be eternally in their debt. The family would also like to extend a special thank you to Cathey Kinzer with Arosa Care (formerly Family Staffing) for being just what the doctor ordered during these past challenging 15 months. Dr. Bailey was preceded in death by his parents, Carson and Lucy Bailey; wife, LaRue Bailey; sister, Willa-Dean Bailey Smith. He is survived by his son, Mark Joseph Bailey (Karin) of Franklin, TN; daughter, Lori Bailey Lester (Curtis) of Murfreesboro, TN; brother-in-law, Henry Smith of Brentwood; grandchildren, Carson, Katelyn and Christian (Lori), Hutchins and Alec (Mark); nieces, Sandra Abell, Susan Abell and Sarah Abell Agans (Chris), all of Brentwood, TN; extended family, Allen Richardson (Mary Ann) and Joey Richardson (Kristy Mingle), Kathy Reeves (Joe), all of Murfreesboro, TN. Not to mention many other beloved cousins, nieces, nephews, friends and neighbors throughout Middle TN and Southern KY. Visitation will be from 5:00-7:00 PM, Tuesday, June 21, 2022, at Jennings and Ayers Funeral Home in Murfreesboro. Chapel services will be at 10:00 AM, Wednesday, June 22, 2022, at Jennings and Ayers Funeral Home with Rev. Drew Shelly officiating. Mark, Hutchins and Alec Bailey, Curtis, Carson and Christian Lester will serve as pallbearers. Allen Richardson and Vernon Fort will serve as honorary pallbearers. Burial will follow in Evergreen Cemetery in Murfreesboro with military honors. In lieu of flowers, please direct memorials to the Alzheimer's Association, the Monroe Carell Jr. Children's Hospital at Vanderbilt or the Vanderbilt School of Medicine's White Coat Sponsorship Fund. For more information, please contract Jennings and Ayers Funeral Home at 820 South Church Street, Murfreesboro, TN 37130, 615-893-2422 or online. Condolences may also be left online at https://www.jenningsandayers.com.

Early on the morning of Friday, June 17th, 2022, with his family by his side, after more than 93 years of life in this world, Joseph C. Bailey, M.D., of Murfreesboro, TN, in total peace passed on to the next one. He was many things to many people,... View Obituary & Service Information

The family of Joseph C. Bailey created this Life Tributes page to make it easy to share your memories.

Send flowers to the Bailey family.