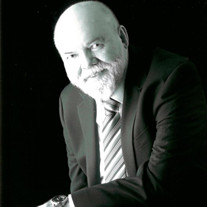 Larry Charles Derryberry, age 77 of Smyrna passed away Sunday, August 30, 2020 at his home. Mr. Derryberry was born on September 25, 1942 in Wildersville, Henderson Co., TN, the son of the late Genie T. and Mamie Fesmire Derryberry. His brother, Loy Gene Derryberry also preceded him in death. Mr. Derryberry is survived by his devoted wife of 48 years, Mary Ann Maxwell Derryberry. He is also survived by his brother, Leonard R. Derryberry and wife Sarah; his brother-in-law, Jim Maxwell (Nadine) and sister-in-law, Nancy Maxwell Gatlin. He was proud of all of his nieces and nephews, taking them for rides in his Cessna 172 or in his 1965 Thunderbird. While growing up, he had to pick cotton on his grandfather’s farm. He said he would look up any time an airplane flew over and think there had to be something easier than picking cotton. He joined the Air Force one week after he graduated from Lexington High School. He gained his experience in aircraft maintenance and pursued his career in aviation, retiring from American Airlines. The West Tennessee Veterans Cemetery where he will be interred is on the same property where he picked cotton. He also developed a joy for travel. He and his wife visited many states, countries in Europe and Caribbean Islands. He even encouraged her to go up in the Goodyear Blimp. Mr. Derryberry was a member of Giles Creek Baptist Church in Smyrna, TN. Visitation with the family will be 3:00-6:00 PM, Wednesday, September 2, 2020 at Jennings and Ayers Funeral Home. Interment will be 10:30 AM, Thursday, September 3, 2020 at West Tennessee Veterans Cemetery, Parkers Crossroads/Wildersville, TN with Bro. Terry Campbell officiating. In lieu of flowers, memorials may be made to Giles Creek Baptist Church Charity Program, 7084 Rocky Fork Rd, Smyrna, TN 37167. Mr. Derryberry strongly believed that the wearing of masks when around others slows the spread of Covid19. In his honor, we request that you wear a mask. Arrangements are under the direction of Jennings and Ayers Funeral Home and Cremation Services, 820 South Church St., Murfreesboro, TN 37130. 615-893-2422. Please leave online condolences at www.jenningsandayers.com.

The family of Larry Charles Derryberry created this Life Tributes page to make it easy to share your memories.

Send flowers to the Derryberry family.