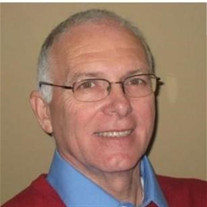 Martin Glenn Barber, Jr., age 65, passed away on June 10, 2019 at Centennial Hospital in Nashville, Tennessee. He was known as “Beau James” during his career in the music industry where he began as the band drummer for country star Tanya Tucker. He later went on to become a successful record promoter for Warner Brothers Records, and then started his own independent record promotion company. Once his music and record promotion career ended, he began working at the Tennessee State Legislature, serving in the House Clerk’s Office and later in Legislative Administration as an Administrative Analyst. Glenn was nearing retirement after 26 years at the Legislature. He loved sports and was a huge University of Tennessee fan. In recent years, he enjoyed participating in cowboy shooting (as “Buffalo Beau James”) and bulls-eye shooting competitions. He was also known for his beautiful Christmas lights display at his home in Springhill, Tennessee. Above all, Glenn loved spending time with his family. Glenn was preceded in death by his parents, Betty Word Barber and Martin Glenn Barber, Sr. He is survived by his wife of 25 years, Christina Hupp Barber; daughters Memory (Scott) Little and Cori (Rod) Simpkins; grandchildren, Dallas, Carson, Anna, Savanna, Tyler, Avery and Dylan; and great grandchild, Cole. Visitation with the family will be from 12:00 p.m. until time of memorial service at 2:00 p.m., Saturday, June 29, 2019, at Jennings and Ayers Funeral Home, 820 South Church Street, Murfreesboro, Tennessee, 37130. In lieu of flowers, the family asks that donations please be sent to Samaritan’s Purse, PO Box 3000, Bonne, North Carolina 28607-3000 or to the Nashville Rescue Mission, 639 Lafayette Avenue, Nashville, Tennessee 37203-4426. Arrangements are under the direction of Jennings and Ayers Funeral Home and Cremation Services, 820 South Church St., Murfreesboro, TN 37130. 615-893-2422. Please leave online condolences at www.jenningsandayers.com

Martin Glenn Barber, Jr., age 65, passed away on June 10, 2019 at Centennial Hospital in Nashville, Tennessee. He was known as &#8220;Beau James&#8221; during his career in the music industry where he began as the band drummer for country star... View Obituary & Service Information

The family of Martin Glenn Barber Jr. created this Life Tributes page to make it easy to share your memories.

Send flowers to the Barber family.