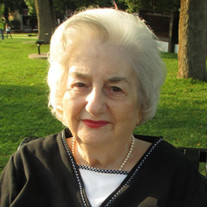 Rose Saad Farley, age 81, died on January 13, 2021 in Tennessee from a non-Covid brief illness. Beloved by all who knew her, Rose will be missed forever. She was a woman of great faith, devoted to the Lord and to the service of her church. She loved her three daughters unconditionally and supported them through all their endeavors. Born in 1939 in Pikeville, Kentucky, Rose was the daughter of the late Clara Sword Saad and Jasper Saad. She was preceded in death by her siblings, Lucille Smith, John “Bip” Saad, Paul, Pauline and Aletha. Rose is survived by her three daughters, A. Claire Farley of Georgia, Jenny Farley Kwong, son-in-law Kevin and grandson Kai of Pennsylvania, Dana Chavis and son-in-law Mike and step grandchildren AnnaLevi, PFC Walker, Zoe and Canaan as well as many nieces and nephews. Throughout her life, Rose worked as an English teacher, a court reporter and as court clerk and case manager to The Honorable Thomas E. Baynes and to the Honorable Alexander L. Paskay, federal judges in the United States Bankruptcy Court in Tampa, Florida. She was most proud of her work as Pike County (Kentucky) Fiscal Court Clerk for 19 years before retiring. Rose was a frequent guest host for her sister, Lucille Smith’s daily radio show called The Personal Touch on WPKE in Pikeville, Kentucky. She was also a guest columnist for The Appalachian News-Express. She was valedictorian of her high school, and despite having received several offers of scholarships to Ivy League schools, she was proud to graduate as valedictorian from Pikeville College. Rose was a member of Pikeville United Methodist Church and First United Methodist Church in Frankfort, Kentucky where she worked as church secretary, taught Sunday school and led Bible study. She never went anywhere without her Bible, which was so worn from reading and from her extensive notes in the margins that pages were falling out of it. Mama Rose, as many of her daughters’ friends called her, was a mother to everyone, always offering a listening ear and kind advice with a great laugh. Her creativity inspired her family. She made costumes for plays and painted doll furniture with Pennsylvania Dutch designs. She crocheted beautiful afghans and baby clothes for gifts to friends. She played piano duets with Dana. Before her children could read, she drew paw prints on “notes” from the Easter bunny and pictures of food on grocery lists so they could help her shop. Rose loved the Lord and looked forward to being in heaven, but she often told her daughters her spirit would be with them always and she would watch over them. A memorial service is expected to be held at Pikeville United Methodist Church in Pikeville, Kentucky in the coming months when it is safe to gather.

Rose Saad Farley, age 81, died on January 13, 2021 in Tennessee from a non-Covid brief illness. Beloved by all who knew her, Rose will be missed forever. She was a woman of great faith, devoted to the Lord and to the service of her church.... View Obituary & Service Information

The family of Rose Saad Farley created this Life Tributes page to make it easy to share your memories.

Send flowers to the Farley family.