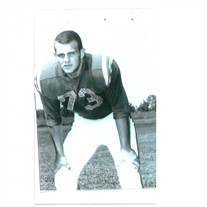 Spencer Earl Shipley, 75, of Smyrna, TN, made his journey to Heaven at home on Saturday, Nov 9th, while surrounded by his wife and children. Spencer was preceded in death by his parents Carl & Esther Shipley; a son, Brian Shipley; sister, Linda Shipley; his brothers Gene and Michael Shipley; and his former wife and the mother of his children, Rebecca Warren Shipley. He is survived by his wife of 40 years, Claytie Reed Shipley; daughter Kim Swick (Jerry); son Jeff (RoseMarie); 7 grandchildren- Jessi, Maggie, and Daisy Shipley, Casey Ashton Shipley, Shelby Smith (Dylan), Tim Swick (Emily), Alyson McClellan; and one great-grandchild, Justin Roberts. He is also survived by his sisters Peggy Gandera, Cathy Hall, Mary Jane Baxter (Bobby), Brenda Oglesbee (Ray), and Janice Boisseau (Roger); sister-in-law Jean Reed; brothers-in-law Eddy, Dwain, and David (Vicky) Reed, along with many nieces, nephews and extended family. Spencer was a 1962 graduate of Smyrna High School. He was a member of the SHS Football team and has always been proud to wear his Purple & Gold. He truly loved his Alma Mater! Spencer was medically retired in 1990 from Yellow Freight Systems as a longhaul driver. He had also served as a Smyrna Police Officer and an MTSU security/campus police officer. He was a youth league coach for football, basketball, and baseball, where he mentored many of the Smyrna youth in the 1970s. Spencer was a member of Miracle Baptist Church in LaVergne and attended regularly until his health no longer allowed. Chapel service for Spencer will be 1:00 pm Wednesday, November 13, 2019, at Jennings & Ayers Funeral Home with burial to follow in Thyatira Cemetery. Visitation with the family will be 11:00 am until 8:00 pm on Tuesday, November 12, 2019 at Jennings & Ayers Chapel. Funeral service will be conducted by Wayne Jacobs, Interim Pastor from Miracle Baptist Church. Pallbearers will be friends of family and his grandsons. Honorary Pallbearers will be SHS class of 1962 and Jack Jolly and Robert (Bud) Raikes, who were former coaches of Spencer’s at SHS. The family would like to acknowledge the kindness and compassion shown by Alive Hospice staff – Judy, Tina and Debbie, along with others for their kindness and devotion. Arrangements are under the direction of Jennings and Ayers Funeral Home and Cremation Services, 820 South Church St., Murfreesboro, TN 37130. 615-893-2422. Please leave online condolences at www.jenningsandayers.com.

Spencer Earl Shipley, 75, of Smyrna, TN, made his journey to Heaven at home on Saturday, Nov 9th, while surrounded by his wife and children. Spencer was preceded in death by his parents Carl & Esther Shipley; a son, Brian Shipley; sister, Linda... View Obituary & Service Information

The family of Spencer Shipley created this Life Tributes page to make it easy to share your memories.

Send flowers to the Shipley family.