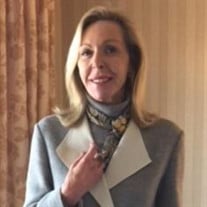 Susan Hope Mayes Dawson passed away February 28, 2021 following a brief illness. She was a long-time resident of Rutherford County. She and her husband, Elliott Dawson, were founders and owners of BioVentures, Inc., a leading biotechnology developer. She had many interests--travel, the Tennessee Titans, the Nashville Symphony and its growth, and she and her husband supported numerous charities. She embodied the phrase “to whom much is given much is expected”, and she responded to that again and again. Hope’s enthusiasm for life and its many opportunities brought joy to all those around her. She and her husband were particularly keen on sampling foods around the world, and as they traveled on behalf of their company, they would hear of an “emerging” restaurant in France, or Germany, or New York, wherever their work would take them, and they would make a point of planning a lunch or dinner there. By sharing their enthusiasms with others, all our horizons widened. Among her many and varied interests, Hope’s greatest passion was her partnership in life with Elliott: together they made a fine life. They supported each other through life’s difficulties (and together they confronted many), they built a world-wide business, and they explored the world. Each was the other’s best friend. Elliott “was her North, her South, her East and West, Her working week and her Sunday rest, her noon, her midnight, her talk, her song”. When Elliott died in 2018, her heart was broken, and that was the real cause of her death. She will be as keenly missed as he is. Hope was born in Bad Axe, Michigan and was preceded in death by her husband Elliott Paul Dawson and her parents, Daniel John Mayes and Joan Darling Packard Mayes. She is survived by her brother, John H. Mayes, nephew, Daniel Zachary Phillips, nieces, Morgan Mayes Frank, Molly Robles, cousin, Paul Lockhart; and numerous friends and co-workers. A Celebration of Life to follow. Contact BioVentures, Inc. for information. In lieu of flowers, donations may be made to the BioVentures, Inc. Scholarship, c/o MTSU Foundation, PO Box 109, 1301 E. Main St, Murfreesboro, TN 37132. Jennings and Ayers Funeral Home and Cremation, 820 S. Church Street, Murfreesboro, TN 37130. 615-893-2422 Please leave online condolences at www.jenningsandayers.com

Susan Hope Mayes Dawson passed away February 28, 2021 following a brief illness. She was a long-time resident of Rutherford County. She and her husband, Elliott Dawson, were founders and owners of BioVentures, Inc., a leading biotechnology developer. She... View Obituary & Service Information

The family of Susan Hope Dawson created this Life Tributes page to make it easy to share your memories.

Send flowers to the Dawson family.