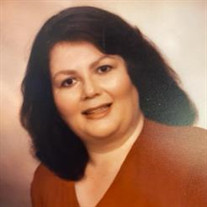 Teresa Lynn Berkes, of Murfreesboro, passed away peacefully at her home in the early morning hours of September 23, 2021. Teresa was born in Haleyville, Alabama in 1953. She was an Army dependent who spent her childhood living in Germany, Texas, Florida, and Kansas. She attended various elementary schools in these states, and when her family returned to Murfreesboro, she graduated from Central High School in 1971. After graduating, she went into retail sales while attending MTSU. She later obtained her real estate license and worked in the business for several years before retiring. She was not only a great tennis fan and traveled to some of the larger matches, she later became a football and a golf fan. Her husband, T.D. Berkes III is a 16-time All-American Skeet Shooter and she knew the game and assisted him tirelessly when he took on administrative duties for the State of Tennessee as Director, President and Vice President for the Tennessee Skeet Shooting Association. She was invaluable when he became Secretary-Treasurer for the Zone 4 Skeet Association. She was a fund raiser and helped in every detail of putting on what was then the largest Zone skeet shoot in the United States. Her three greatest passions in life were politics, Keith Urban and her pets. She never met a stranger and was a delight to be with. She was preceded in death by her parents, Herman F. and Gwendolyn G. Long of Murfreesboro. She is survived by her husband of 47 years, T.D. Berkes, III of Murfreesboro, her sister, Sharon (Pete) Edwards of San Marcos, California; nieces, Shala (Kyle) Hamilton of Escondido, California and Shelly (Dan) Thompson of San Antonio, Texas. She also adored her great nieces, Rachael and Sarah and great nephews, Jaden and Landon. There will be no visitation and private burial will take place at a later date. Jennings and Ayers Funeral Home and Cremation Services, 820 S. Church Street, Murfreesboro, TN 37130. 615-893-2422 Please leave online condolences at www.jenningsandayers.com.

Teresa Lynn Berkes, of Murfreesboro, passed away peacefully at her home in the early morning hours of September 23, 2021. Teresa was born in Haleyville, Alabama in 1953. She was an Army dependent who spent her childhood living in Germany, Texas,... View Obituary & Service Information

The family of Teresa Lynn Berkes created this Life Tributes page to make it easy to share your memories.

Teresa Lynn Berkes, of Murfreesboro, passed away peacefully at...

Send flowers to the Berkes family.